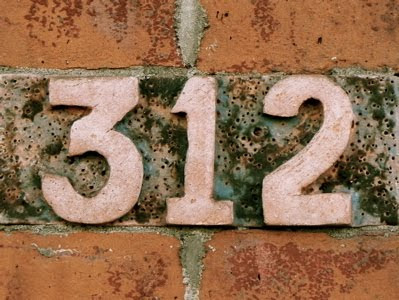 Vinegar Hill, Brooklyn
It's nestled in between the East River and Front Street, sandwiched in between DUMBO and the Navy Yard, one of the quietest patches left in Brooklyn. Last week I was having another one of my Joseph Mitchell mornings where I wanted to clear my head of death and doom by wandering somewhere off the beaten path. I chose Vinegar Hill.
With its cobblestone streets and hidden laneways, Vinegar Hill is one of the less traveled parts of Brooklyn. It gets its name from an enterprising fellow named John Jackson, who snatched up the land in 1800. He called it Vinegar Hill after a decisive battle in the 1798 Irish rebellion with hopes of attracting Irish immigrants to the area, which is a little like calling an up-and-coming neighborhood "Dunkirk" in hopes of attracting the British and French, but whatever. Dude was successful, and for a time this part of Brooklyn was known as Irish Town.
Today, it's changed in some ways and unchanged in others. Walking away from DUMBO (Down Under Manhattan Bridge Overpass = clunky acronym deciphered) toward the Navy Yard, the construction sounds start to wane. There are no fancy chocolate shops or boutique galleries. The roar of engines and throttle of jackhammers give way to distant industrial echoes. At first there's nothing but the crackling low hum of the ConEd plant and a long straight road to nowhere. But walk a few more paces and turn a corner and you'd swear you were dropped in some city that time forgot. There's a patch of actual silence. You're suddenly aware of the sound of your own breathing. The only tweets here are those from real birds.
There's been much brouhaha recently about the (admittedly excellent) Vinegar Hill House restaurant on nearby Hudson Street, a magnet for foodies with its eclectic menu and cozy interior. I get the sense that most diners come to this tiny neighborhood with a strict destination mentality -- I myself didn't write down the address when I went to meet up with some friends the first time, I just turned left on Hudson and looked for the place with all the middle-aged white people eating -- which is great if you're hungry, but a missed opportunity if you're at all interested in exploring the forgotten bits of the city.
Fortunately, there's the always astute Forgotten NY to the rescue with some delicious pictures and reportage on the area. If you can't hoof it here yourself, do yourself a favor and take a screen tour. You'll be glad you did.
Posted by Therese Cox at 12:00 AM

Took the screen tour, took me out of work for a few minutes. Enjoyed that.

Radge - Glad you found the tour diverting. Forgotten NY is kind of amazing. Any obscure question I've had about the city, I go there first.