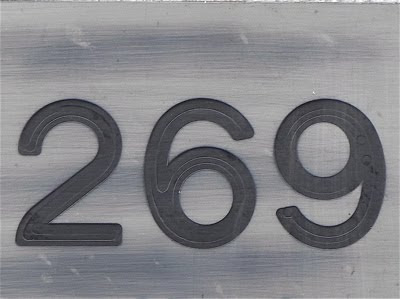 Garment District, NYC
There are days when reading The Guardian and chortling over Irish blogs really messes with my American brain, and the word "gray" is a case in point. I can't type certain words anymore without a flinching feeling that I'm spelling them wrong. The evidence is confounding. I drink Earl Grey tea, don't I? Yet I was born and raised in a country where the color of the Crayola crayon is spelled, beyond the shadow of a doubt, g-r-a-y. It wouldn't be so bad if we were at least consistent about it. But board a bus at Port Authority and it's a Greyhound, not a grayhound. What's a girl to type?
Is the crayon's color gray or is the crayon's colour grey? Am I a traveler or a traveller? Will I organise my schedule today or organize my schedule? I can't keep it all straight. It's gone beyond spelling now and seeped into my vocabulary. "Here, bring me that beer mat," I'll say, when what I should say is "Bring me that coaster." I'll order "takeaway" instead of "takeout." Usually it doesn't cause any real confusion, but there are times when the phrases that roll off my tongue don't translate right away, and as everyone knows, there's this thing called a New York minute where people just don't have time for you if you don't translate right away.
If I'm on the downtown F train and I hear a thick Brooklyn accent say "Clear (mutter mutter) closin'" I will know to "Stand clear of the closing doors." It's second nature. But when I shouted to a bartender at a New York bar, "Thanks very much indeed" (a simple pleasantry you hear about four times an hour in Dublin), he yelled back at me angrily, "What did you say?" I repeated: "I said 'Thanks very much." His face took a moment to unknot itself. "I thought you said, Thanks, you're a slut," admitted the bartender sheepishly. "No, indeed," I said, before remembering that New Yorkers don't say indeed, and shuffling off in confusion.
I don't mean to be eccentric. It's just that certain words look or sound better in one "language" to me. It was a great point of connection for me and my Girls Write Now mentee, a well-travelled (ahem) and bright native New Yorker teenager when I saw her novel draft peppered with "grey"s and "colour"s. It seems she's solved the problem quite nicely. She just clicks the Union Jack and types in "English UK" all the time. Why? It's her favourite, of course.
Posted by Therese Cox at 12:00 AM

http://www.youtube.com/watch?v=EbVKWCpNFhY <-- One of my favorite things, ever, which I'm sure you've seen 1000 times. But why not smile again?

Ahaha - "Does this craic go to eleven?"