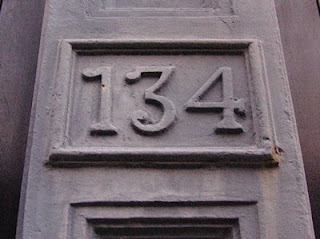 #134, South Street Seaport, NYC
It was a cool, damp winter night in Sixmilebridge, a tiny village in the west of Ireland. I was in a hotel overrun with Munster fans in red jerseys there for the match at Thomond Park. I had arrived mere hours before with a notebook, a small suitcase, and an inexplicable need to hear bluegrass and sea shanties in the middle of January. It was the Winter Music Weekend, and I was there alone, blending in among the football enthusiasts like a steak knife in a drawer of soup spoons.
As the trad session in the hotel bar raged on (the usual swirl of jaunty tunes played maniacally by scarily competent musicians), I caught word that sea shanties were going on in the next room. It was a benefit for the local volunteer Search & Rescue squad. I dropped a tenner in the donations basket, said thank you to the man with the Search & Rescue patch on his shirt, and sauntered, pint in hand, into the dim-lit, musty room of the hotel, where a grizzly, bearded fellow in a t-shirt that read GRUMPY OLD MATELOT was launching into Harry Eddom, an a capella tale of a shipwrecked sailor in Iceland. It was late. The group supporting him was Kimber's Men, and they boldly sang shanties and drinking songs and tales of the sea. Folks were singing along. I was the youngest in the room by about twenty years. I sat near the wall, my pint of Guinness resting on the closed lid of a piano, and listened. As the men ("We're in the Guinness book for the world's oldest boy band," quipped one) burst into a boisterous round of Rolling up, rolling down, we'll all get drunk in Tilbury town, I'd all but booked the next Tilbury-bound ship by the end of the third verse. I was listening songs culled from The Whaling Book of 1834. I was very happy.
Some months later, back in New York, I caught word that Joe Stead of Kimber's Men (the grumpy old matelot himself) was going to be singing, sans the men, at the South Street Seaport Museum. I made a note in my calendar to go, and I did. It's a tall order looking for other maritime music enthusiasts -- even in such a diverse place as New Yawk -- so I once more sauntered in alone, the only audience member under the age of forty-five with the exception of a twelve-year old boy, clearly the son of someone and possibly dragged there under extreme duress. Joe Stead carried the room with a deep thick baritone voice, an imposing yet charming Santa Claus presence, and a barrel full of ship lore and stories. Not to mention a dry wit that made me wish I was a grumpy old matelot myself. Well, I am one, truly. Maybe time to start advertising as such.
As for the Seaport itself, that area is home to some of my favorite architecture in the city. I love wandering down the forgotten cobblestone streets off the beaten track and finding treasures like this 134, hiding on the lonely side of a wall. I mean, check out that serif on the 3. As dusk settled in and I wove through the narrow streets, I found my head still swimming with sea shanties.
Fortunately, though I don't spend me days battening down the hatches, I can still get a dose of the odd sea shanty from time to time. Thanks to Pascal for penning Ocean's Arms, a tale of a shipwrecked girl from Galway, that appears on Subway Songs, one of two new Balthrop, Alabama EPs that I play on. You can come here for a listen. (That's me on mandolin and accordion. Also shouting "Land ho!", something I recommend everyone do at least once per month. Lustily, if possible. With an eyepatch, if ye have one.) Enjoy. Have a look around. Sea shanties aren't dead, you see. They're just pining for the fjords.
Posted by Therese Cox at 12:00 AM

I was mousing around the Net and stumble upon The Ampersand site which you may have referenced in numbers past. The signs all have "&" in them somewhere. I thought of you and it occured to me that I haven't seen an "&" associated with your numbers, at least that I remember. It might be fitting to do so considering your blog's moniker.
So the gauntlet is down, not that you don't have enough to preoccupy your brain. You have 231 trys left if you accept.

Uh-oh. Gauntlet tossing. Be careful what you wish for, Pierre. Once this blog hits 365, there's no telling what will happen.

And yes, I love "The Ampersand" blog! The only reason I mightn't pursue this beloved ligature more doggedly in my own photographs is that there's already such a great site devoted to it. Did you see that ampersand from the pet cemetery? Brill.

You can spot my one, lonely ampersand in #46. You just don't see ampersands next to numbers very often, except, it seems, on keyboards. But I'll take up your challenge and be on the lookout... Just don't let me get obsessed...

The serif on the three is a zit that is in need of being cauterized.