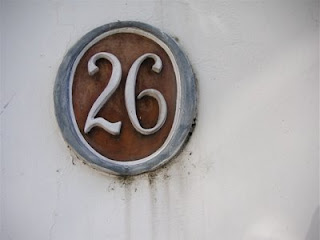 #26, Capri, Italy
In February of 1925, with the galleys of The Great Gatsby complete, F. Scott Fitzgerald and his wife, Zelda Sayre Fitzgerald set off to Capri from Rome. On April 10th of that same year, Gatsby would be published to great critical acclaim. But what's good for the ego can be bad for the health, and Scott spent the rest of 1925 running himself ragged, drinking profusely, and celebrating his success through increasingly weird and disturbing behavior. (Jumping off a cliff in France, for one.)
Much, much later on, after his marriage to Zelda had all but deteriorated and the once starry-eyed lovers faced the starker struggles brought on by fame and emotional stress, Scott looked back on happier days. In a 7-page letter (that may or may not have reached the institutionalized Zelda), Scott wrote: "I know this then -- that those days when we came up from the south, from Capri, were among my happiest -- but you were sick and the happiness was not in the home." I think of Scott, then, in this idyllic island setting, looking out at the rugged rocks and azure waters, feeling the warm Mediterranean sun on his face. I see a young writer in a moment of great in-betweenness and anticipation, returning to the home in Rome he had made with Zelda, full of optimism and hope. Could he know what was to come? And would the knowledge of it have diminished that beauty at all?
Inscription in a 1925 copy of They Knew What They Wanted, part of the Fitzgerald's library, currently held in the Princeton University Library: "To Zelda and Scott Fitzgerald. What a place Capri is to be sure. Sidney Howard."
Posted by Therese Cox at 12:00 AM

Drat. At first I was thinking he was twenty-six when Gatsby was published. Turns out, he was twenty-nine. But if you turn the nine upside-down....

Well, he was younger than me in any case.

resocad (I am enthralled by the word verification "words" we are given when we make comments. I thought maybe I would start including them so we can all appreciate their weirdness.)

Bring it on! Geeky typography fact of the day: that word verification thing that provides you with the delightful likes of "resocad" is also known as a CAPTCHA: "Completely Automated Public Turing test to tell Computers and Humans Apart". Whoa.

Your words about Fitzgerald reminded me of one of the last passages in Gatsby actually. It's the part where Nick describes what the Dutch sailors must have felt like when they saw the new world for the first time.

My "word" is "embis." Not nearly as evocative as "resocad".

By the way, based on these comments, I'm pretty sure we all need to be bff now.

Trying to get my head around "had all but deteriorated".