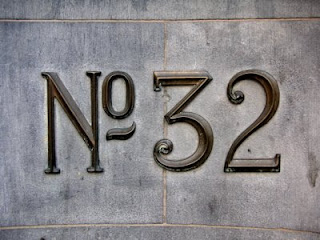 #32, Nassau Street, Dublin
It used to be an Eason's and now it's not. It's just as well for me as my allegiances lie elsewhere at Books Upstairs , easily the best book shop in Dublin. In addition to stocking everything one's heart desires, they also were kind enough to entrust me to the till a few days a week way back when. The owner, Maurice is, as they say, a gentleman and a scholar. I also had the privilege of working alongside a very nice, soft-spoken fella named David whose fake heavy metal band, Plasticine Cöw put on a Halloween show in a dark, sticky bar where I was pelted with skull rings and Time Out bars. It was great craic and certainly the only time I have ever heard a song introduced: "This song is for my Norwegian girlfriend. She makes love like polar bear." Wherever they may be today, I send them my best gutteral growl. The bricks-and-mortar Books Upstairs is at 36 College Green (I love the creaky steps leading up to the mezzanine and the life-sized wooden James Joyce in sunglasses we used to chain to the railings outside every morning) but they also have a very user-friendly online shop. Click around a bit on the site and you'll find some history on the place and plenty of evidence why for many years it's been a haven for book lovers. You also might happen upon this piece of information:
Indeed, a number of our staff through the years have gone on to be published writers, themselves.
Indeed, I shall have to remember that.
But back to Nassau Street. In searching for information about the architect of No. 32, I happened upon a page called Things To Do In Dublin When You're Goth, and things, as expected, just deteriorated from there. The page outlines a few clubs, restaurants and other (dare I say) haunts of a "goth-friendly nature." The site appeared to be as subversive as a Fodor's in black and purple, but I did enjoy a little drift down memory lane reading up about Fibber Magees where the bar is open from "God knows when until 2 in the morning" and the "it isn't the most salubrious pub in the world" might clinch the award for Irish understatement as every time I went there I had to pinch myself to make sure I wasn't at the Sturgis bike rally. Fibbers is, incidentally, the only place apart from backstage at a theatre that the thought crossed my mind that everyone is wearing more black than me.
But I digress. No. 32 Nassau Street, shown above, houses the Morrison Chambers . A protected structure, it is an elegant corner building that faces onto the side entrance to Trinity College. (Books Upstairs, on the other hand, looks onto the main arch of Trinity: boo to you, Eason's!) The structure dates back to the late 19th century and has some gorgeous limestone ornament decorating its facade. In 2002, Mahoney Architecture went to work on the guts of the building and created an attic space that has views of the interior dome , timber on the inside and copper on the outside. You can see the beautifully weathered limestone behind the No. 32 in the above photo.
Posted by Therese Cox at 12:00 AM

This 32 makes me not want to turn 33 in the next couple of weeks.

I'm captivated by the use of the abbreviation "No" here, and indeed anywhere. I never fail to read it as the word "no" and wonder if other people have this problem too. I think it's exceedingly strange that the abbreviation for "number" should be "No." when there is no "o" in the word. How did this come to be? Certainly "nu" is not an improvement. Is it derived from Romance languages in which the word is spelled "nombre" or "numero"?

"No." from the Latin "numero" would be my guess as well. Incidentally, I really dislike the way the abbreviation looks in casual writing. If there's a No., it should be big and ornate and stuck to a part of a building.

Oh, yeah, I nearly forgot this:

renon (an element, periodic weight unknown, that has no redeeming qualities other than endlessly repeating itself)