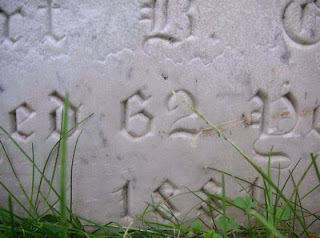 #62, Green-Wood Cemetery, Brooklyn
Open House New York weekend is an architecture and design event that specializes in blowing my skull apart every year. If you live in the area and you've never checked out Open House New York, don't miss it this year. There are walking tours, art exhibitions, and architects showing you behind-the-scenes glimpses of buildings usually closed to the public. And for the last five years, Brooklyn's Green-Wood Cemetery has hosted an event called Angels and Accordions, a site-specific walking tour/performance where the graveyard acts as a natural stage for music and movement both strange and beautiful.
As a Brooklyn-dwelling, accordion-playing, ex-Performance Studies major, ex-Goth who loves long autumn walks in historic graveyards, I couldn't imagine what I would ever want to be doing at an event called Angels and Accordions at Green-Wood Cemetery. Nevertheless, I suspended my doubts and went. Imagine my surprise when I found myself walking around in a euphoria-induced trance that lasted the whole October afternoon. Several times, as when trailing, pied-piper-like, behind Guy Klucevsek, I had to blink like crazy to make sure I wasn't in a lucid dream. 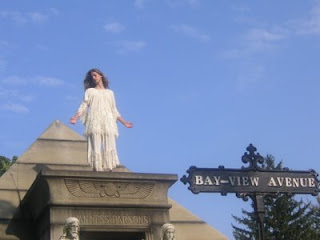 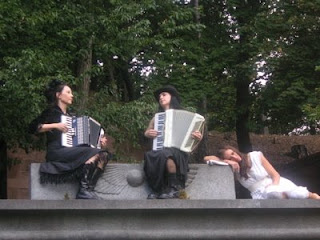 Your comment about your skull exploding made me think of terrorists, which may give you an idea of how much wierd factor I have in me. Your brain is obviously still intact since your latest post exists. Please do everything to keep it that way.
OHNY sounds like something definitely to see. I wish I lived in the Apple. My wife and I have some air miles. Perhaps I can convince her to use them on the event.

Pierre - No worries, I'm intact. I've caught myself using too many bland adjectives lately like "amazing" and "great" that I've decided to switch gears and resort to hyperbole.

It's definitely worth trying to plan a visit for the OHNY weekend. The only problem is you'll have too many options (remember Stendhal syndrome?) and may be overwhelmed. But autumn in New York is oh so singable.

Also, I know other cities (like Dublin) have "open house" weekends. Maybe there's one near you?

There is one in Sydney, regretably sans event-in-cemetery. Which is a shame, given that I am a cemetery tragic.