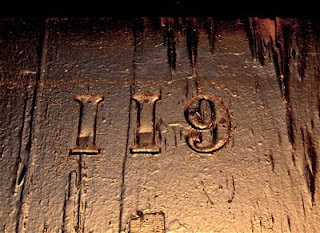 #119, Columbia Street, Brooklyn
By Freudian slip or by simple accident I just typed "Crooklyn," which really isn't fair. I mean, sure there's a bit of crime here and there, but mostly there are just ordinary citizens going about their business. We certainly don't expect to find ourselves in harm's way at every turn, at least I didn't until I gazed down Kane Street late the other night and found myself face to face with the Abominable Snowman.
Or so I thought. The reality turned out to be less - or possibly more - sinister than all that: a giant salt heap, several bulldozers high, had seemingly overnight appeared at the intersection of Kane and Columbia Streets. For the last few days, the sight has been surreal. A mound of salt dumped along the Brooklyn waterfront by the Red Hook Marine Terminal may not seem to be much to look at, but when it starts to block your skyline view of lower Manhattan, you know something is up. From the Sunday New York Times article:

On Sunday afternoon, an employee of American Stevedoring, which leases the terminal from the Port Authority of New York and New Jersey, said that salt was being temporarily stored there before being shipped throughout the state. The man, who was reached on the telephone and would not give his name, said he did not know what the salt would be used for.

“We’re taking every safety measure,” he said. “There’s no harm from the salt.”

Others, however, said that the salty film adhering to surfaces was unpleasant and could damage plants and trees. While it was not as thick as, say, the salt on the rim of a margarita glass, one could trace one’s name in it on a glass table in a courtyard.

I love that: "Not as thick as, say," Reporter thinks to self: oh, hmm, let's see here, what simile will resonate here? Ah yes: "the salt on the rim of a margarita glass." Made sense to me, anyway.
Flyers demanding "Stop the salt pile menace" are papered over every door on Columbia Street. Every door except, go figure, on the one of this 119, which stands boldly downwind of the grainy behemoth. As bulldozers rake over the mountain and swirls of white salt shimmy through the air, I have to wonder what does it all mean? Are residents at health risk? You can't look at the news without seeing those swine flu masks on every face, and I wonder how long it will take before the salt drives us to take similar measures.
Having survived the Brooklyn anthrax scare of 2006 (Brief back story: the man who contracted the naturally occurring form of the stuff a few years ago skinned the hides of goats to make African drums in the DUMBO warehouse mere doors down from where my band was then practicing for our first gig at CBGB's. You can read the full story of the scare here. For days we all worried a bit over our coughs and watched for high fever, and sure we were disappointed not to be able to get past the Haz Mat suits into the sealed building to fetch our amps and white picket fence props. But I think you'll agree that few thing say "punk rock" as much as nearly missing a CB's gig for an anthrax scare.), I think I know when to panic and when not to panic. So rather than clamp my salt mask to my nose and mouth, I'm just going to sit here with my camera and see what happens next. Apart from this bout of sneezing and coughing, that is.
And except for the fact that it appears I'm facing the wrong direction. Again. Damn you, pretty numbers at sunset!
Posted by Therese Cox at 12:00 AM

It probably goes without saying, but that 'salt pile menace' could easily be resolved with a 'chip pile menace', or 'French fry menace' as you probably call it (or 'Freedom Fry menace' as it may once have been called....I'm going to stop now).

Giant salt pile, eh? That's really quite strange. Did you take a picture? I think I should like to get a look at it. When I used to take voice lessons in mid-town, there was a particlar practice room that always had salt all over the piano keys. I used to invent stories as to how the salt got there-- and margaritas was always the answer that seemed to make the most sense to me.

A fine idea, Flann. In fact, the salt pile roughly corresponds with the amount of salt I apply to a plate of chips.

"Hey, what's that blowing around on Columbia Street?"
"Tis nothing but freedom salt, ma'am. Pay it no mind."

Jackie, it really is a bizarre sight, especially with the bulldozers moving robotically over it, raking up mounds of salt and doing who knows what with it. I gawked at it again this morning and it looks like it's growing. I'm surprised no one has started making quips about the street value of the mountain. As for your theory about the piano salt - methinks you may be right.

For a good picture of Mt. Salt, click on the NY Times article link.

Probably one of my favorite images of the whole lot, Tea.

zabie: an infant boy who looks like an old man

But but ... you ranted on yesterday about the missing 119 and now not enough about how you found it, just about its environs. I feel disconnected.