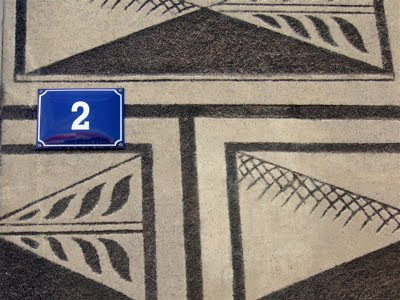 #2, Prague
Welcome back after a week of sequential anarchy that I never again hope to repeat. Excited to try something new, I was wholly unprepared for the tremendous unease of seeing 1 jump to 88, then 139, and so on throughout the week. Frame Week was a good experiment, but it has caused my order-seeking mind much calamity and chaos, and if you don't believe me, then you'll have to picture me pouring myself yet another single malt scotch, listening to Nina Simone and weeping into my hands while fending off nightmares of a world where 4 comes before 3. I've got at least two more of Ms. Simone's CDs to get through, but I'm nearly out of Laphroaig, so rather than take my chances, I'm going to seek solace in another tried-and-true method of organization. After today, numbers can go take a holiday. It's time for some serious color coding.
Remember Garanimals? That line of children's clothing that worked on the premise of coding certain articles of clothing so that a six-year-old could learn how to mix and match outfits? All you had to do was find a shirt with a gorilla tag and a pair of corduroys with a gorilla tag and voila! It didn't matter if you were colorblind. You were sure to be a well-matched, well-coordinated kid, at least until lunch time when you'd spill grape juice all over yourself. It took a lot of guesswork out of the daunting prospect of getting dressed in the morning, at least it did for me, and there was the added thrill of kind of having this totem animal that you were carrying around with you. You looked like a normal kid at the drinking fountain, but really -- unbeknownst to all but you -- you were a freaking SHARK. I miss that. Maybe it's time to start sewing some ass-kicking animal tags into my sweaters. I need a pick-me-up.
In any case, here's the plan for this week. Last Monday kicked things off nicely with a Sienese #1, so here, as promised, is this Monday's #2: a bold, cobalt number plate set against a two-tone gray background. The rest of the week will scrupulously follow the blue and gray palette, eschewing all wanton displays of ill-sequenced numbers, and let's see if my tremors don't start to abate by mid-week. You can still get your number fix on Mondays, but now I hope you'll allow me to tempt you with some other savory typographical offerings: text, alphabets, words, and signs.
Incidentally, lest you think that my Garanimals nostalgia is without cultural precedent, there is actually a Garanimals-inspired typeface -- think Zapf Dingbats, only cuter -- that you can use. You may not be able to read a whole document in it, but it might come in handy for making those clothing labels. I'm off to lionize some trousers. See all you people later.
Posted by Therese Cox at 12:00 AM

I'm feeling good about the pattern this week, boss. I'll forgive you the essential Americanness of your colour combinaton to kick it all off. I aint got no problem with blue and grey as colours, just what they signify. I'm coming to terms with viewing the image with my head tilted to the right to keep the bloody thing straight.

Are you fluent in garanimals? Seeing it makes me feel illiterate!

Julie - Oh dear, is essential Americanness still something to be forgiven?

GDP - Not fluent, but if you look closely, you'll begin to notice a pattern:

I still can't figure out "Q" and what on earth the ladybug is doing as a stand-in for "X," I don't know.

Come to think of it, the "U" animal eludes me as well. Anyone?

I just bought Adeline some GRANANIMALS outfits for the summer. I thought the coded tags were for sleep-deprvied moms. LOL :)