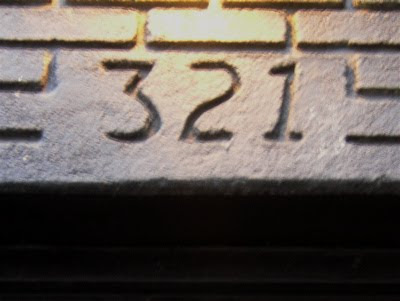 Williamsburg, Brooklyn
For awhile I played in a band called Peacock's Penny Arcade. A sprawling, multi-instrumental group that included accordion, sousaphone, and an occasional all-female orchestra of kazoos, we formed over a bottle of wine after our friend Meredith (later our bass player) gave a reading at the Brooklyn Public Library and continued the happy madness as long as our crazy individual non-performing lives allowed us to. We all had day jobs of one kind or another: part-time college professor, pastry chef, war zone photojournalist, to name a few, but when we could, we'd band together our many instruments and interests, fly the flag of some Eastern European country or other on the stage behind us, and play an energetic set of our pop-punk-cabaret songs. One thing I remember apart from the liveliness of our shows is the fact that nearly every time we played a venue, it seemed mysteriously to close within a few months of our playing there.
Some of the venues were transient by design: there was the show at the Spiegel Tent, a sort of traveling circus cabaret tent that landed for a few weeks in New York's Pier 17 at the South Street Seaport and left with a few scant bottle caps and ticket stubs in its wake. Then, in what was perhaps the weirdest gig of our whole career, we were invited to play on board the Queen Mary 2 for a party kicking off the PEN World Voices Festival. I don't remember how this came about, but I do have the invitation with Salman Rushdie's name on it. For an audience that included Francine Prose, Colum McCann, and a sea captain who pleaded with us (in vain) not to curse, we played our way through a short set of quirky, curse-inflected songs like "Airport Road," "I Left My Bra in Mississippi," and "Nately," a sort of Kurt Weill-flavored song I wrote based on the character Nately from Catch-22. Dale Peck and Jonathan Ames jumped onstage at the end and shook tambourines. But mostly, we played a bunch of dive bars for a couple of our friends. And more often than not, with a regularity that seemed to suggest a Midas touch in reverse, these venues all closed down. One after the other after the other.
The list of now-defunct venues reads like an obituary page. Luna Lounge in Williamsburg (just up the road from where this #321 was taken): closed. Magnetic Field in Brooklyn Heights: closed. Rare in the Meatpacking District: closed. Lillie's in Red Hook, where we played by the light of a strand of Christmas lights in a freezing bar, warmed only by a handful of space heaters: closed. Mo Pitkin's House of Satisfaction, a perpetual Peacock favorite with its cozy upstairs and swanky red curtain backdrop: closed. Granted, turnover in New York bars is nothing unusual, but the timing of it all, the whole damn cumulative quality of it, made us feel as if we'd somehow laid the Curse of the Peacocks on the lot.
Was it something we said? Did we curse too much in our songs? Did our half-hearted half-decision to change our name to Peacock's Arcade (dropping, ahem, the penny to avoid getting mixed up with New York downtown performance artist Penny Arcade) doom us to an uncertain afterlife, forever wandering the old dive bars and haunts of our past? Maybe. But I do know this: if y'all have any venues in your neighborhood you want shut down, give us a call. Our rates are cheap, and though we're a little out of practice, we still can rally together for a good cause.
Posted by Therese Cox at 12:00 AM

so......just what were the lyrics to "I Left My Bra in Mississippi?"

do you still see old gang?

Ha! The lyrics ought to have their own post. Not everyday a girl is asked to sing, "I was bra-less at the Mason-Dixon line."

We're all still in touch and very good friends. My friend Matthew wrote the cajun-y music and Lara wrote the lyrics. This song generally came with the unforgettable intro: "Miss Lara wrote this song when she was just a little girl in William Faulkner's lap..."

Say a tooth-chattering hello to Chicago for me. Nice to see you!

I've heard "I Left My Bra..." before. I know I have- as I can sing part of it quite well-with what I believe to be the correct melody line. When I think of it, I hear your cool alto beltin' it out... How is this possible? Ever sing it with Balthrop? Unless I once upon a time just clicked on the myspace link & heard it....

And. I didn't know all ya'all were in the habit of getting bars closed down. That's epic.

And. Isn't that PEN event where you ran into the likes of Mr. D. Peck?

Jackie - That IS the event. Fortunately, the Peacocks avoided getting a scathing review by D. Peck by bribing him with kazoos.

The song was strictly a Peacock one, so I'm guessing you must've clicked on my _______ (as The Site Formerly Known As MySpace is now known).

And shutting down bars? Yeah, that's a sad but true inventory.