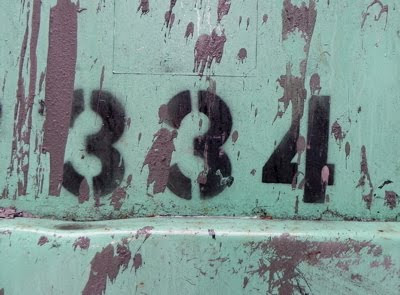 Upper East Side, NYC
A few days ago, I was gazing upon skips and wheelie bins, and now I have inevitably returned to Dumpsters. Beer mats are coasters again, pubs are bars, "pint" does not automatically mean "Guinness," and I have to switch off that part of my brain/vocabulary that says, "Ah no, you're grand, you're grand" to the woman about to offer me her seat in the café when a simple, "That's OK," is clearly what's called for.
The culture shock is slight, but like the Aer Lingus mealtime offerings, it brings pangs.
One good thing about returning to New York City after a stint in Dublin is how quickly I'm reminded that the distance is not so far after all. Missing certain creature comforts of overseas, I stroll into the Universal News on 14th Street to pick up my Monday Irish Times, then stock up on Barry's tea and McVitie biscuits at Two for the Pot on Clinton Street on the walk home. But at no point in time in Dublin was I treated to the sight of a man in full martial arts garb doing tai chi in the vestibule of the Jay Street subway while two members of the NYPD gazed on dispassionately. Flying into JFK over yard after yard of snow-dusted fields was a nice touch as well, and helped soften the otherwise hard landing.
It's an endless tale of two cities, this shuttling back and forth. If life is like "Cheers" (and thank God it isn't), I have two places warmly welcoming me and shouting out, "Norm!" when I walk in. It's good to miss things and be missed, strange and yet somehow fitting when packing and unpacking the same suitcase are tasks equally comforting. Ticket stubs, stories, friends, maps, sketches, undone crossword puzzles clipped merely because the Crosaire clues sound to me like poetry: they say you can't take it with you, but my luggage begs to differ.
Posted by Therese Cox at 12:00 AM

Well-written post. Glad to see you back in "my" half of your continuance Tale of Two Cities.

Jackie, I'll take "Norm" over "Miss" any day. And thanks for the warm welcome back.