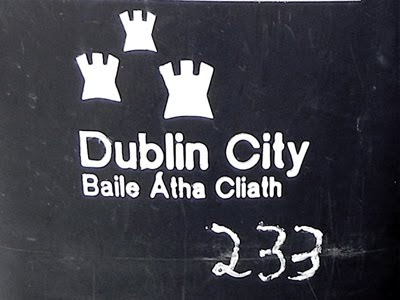 Phibsborough, Dublin
The iconic logo of Dublin city -- three turrets on fire -- deserves its own makeover column. The logo is everywhere you go in Dublin: in particular, most lampposts carry the logo at the base, some painted in full color, others glazed over with silver. The three flaming turrets underwent a major makeover in 2002, when the Dublin Corporation (or "Corpo") changed its name to Dublin City Council. The three fiery turrets, often interpreted as Dublin's resilience under siege, were tamed, domesticated, and voila, three simplified, space-age, floaty-looking castles took over. Call it Celtic Tiger optimism, call it a minimalist aesthetic, or just call it identity crisis: this, they said, would be the new look. But brand loyalty, hundreds of years of history, and makeovers are hard to reconcile, so meanwhile, the three castles pop up all over the city in all sorts of guises. Here's a sampling: 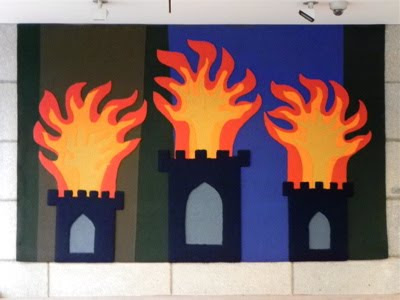 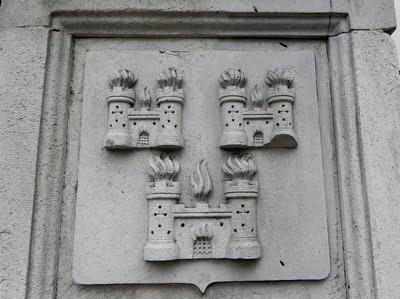 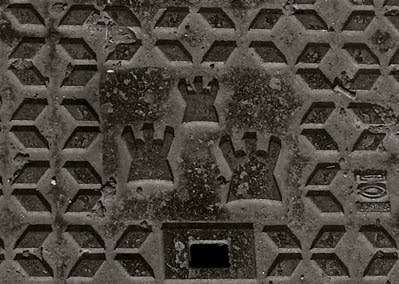 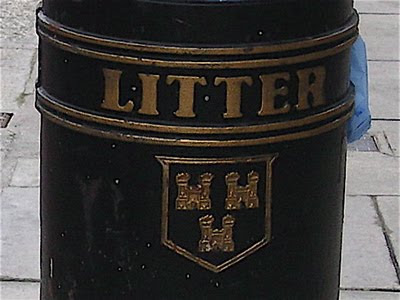 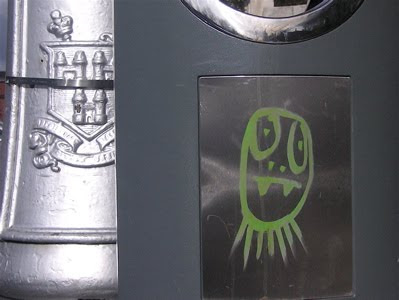 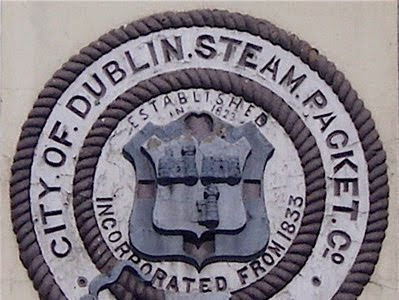 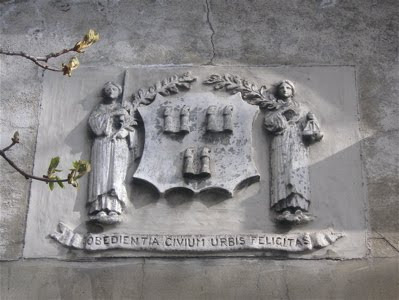 Merrion Square, Dublin
Posted by Therese Cox at 12:00 AM

What a collection- magnificent!

If you're still in the market, try this one:
http://i17.photobucket.com/albums/b91/ctesiphon/Litter.jpg

(Pretty sure it's Morehampton Road, Donnybrook, just at the entrance to Muckross College, but it's 4 years since I snapped it. I'm basing my educated guess on the railings in the background. :) )

Robt - Thank you! And thanks for the link - I am always in the mood for adding to my collection. The three castles in that one look like they should come with the caption: "Bruscar: Legalize It."