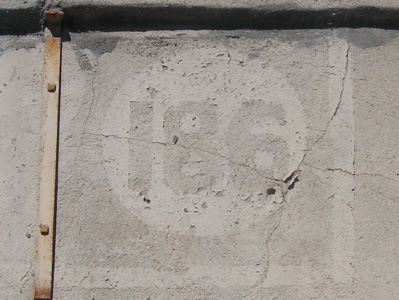 Red Hook, Brooklyn
It was Thursday night, late enough to be early Friday morning, and I was in the back seat of a car headed home from a gig, accordion under my arm. It was my first memory of being out late at night in Red Hook. We were on our way back from the now-defunct Lillie's, where we'd played through our set in coats and wool hats and fingerless gloves in front of two small space heaters -- the only heating in the whole bar though it was mid-January. (Shutting down venues was what we did best. See also Curse of the Peacocks.)
Though we weren't lost, the deserted streets and warehouses suggested that we well might have been. Almost total darkness surrounded us. There was a haunted, distant creak from the marine dock. What if the car ran out of gas? What if something was after us? Where were we, that we could be in New York and yet be plunged in so much darkness? What I remember most is the quality of fear -- not that we were going to be robbed, or shot, or robbed and then shot. But fear that we were going to be attacked by the ghost of a dead sailor.
Looking back on it now, it's too bad we weren't. We could've made a great post-punk sea shanty out of that. And if there are no longer ghosts of dead sailors lurking about Red Hook at night, I can always break in to IKEA and steal a lamp.
Posted by Therese Cox at 12:00 AM

I love a good Red Hook ghost story. Makes me imagine a wobbly old ghost pedaling along the pier on a rusted bicycle.

...and then Fred from Scooby Doo pulling the ghost's mask off to reveal a cantankerous old man shaking his fist, "And I woulda gotten away with it if you pesky kids hadn't come along."